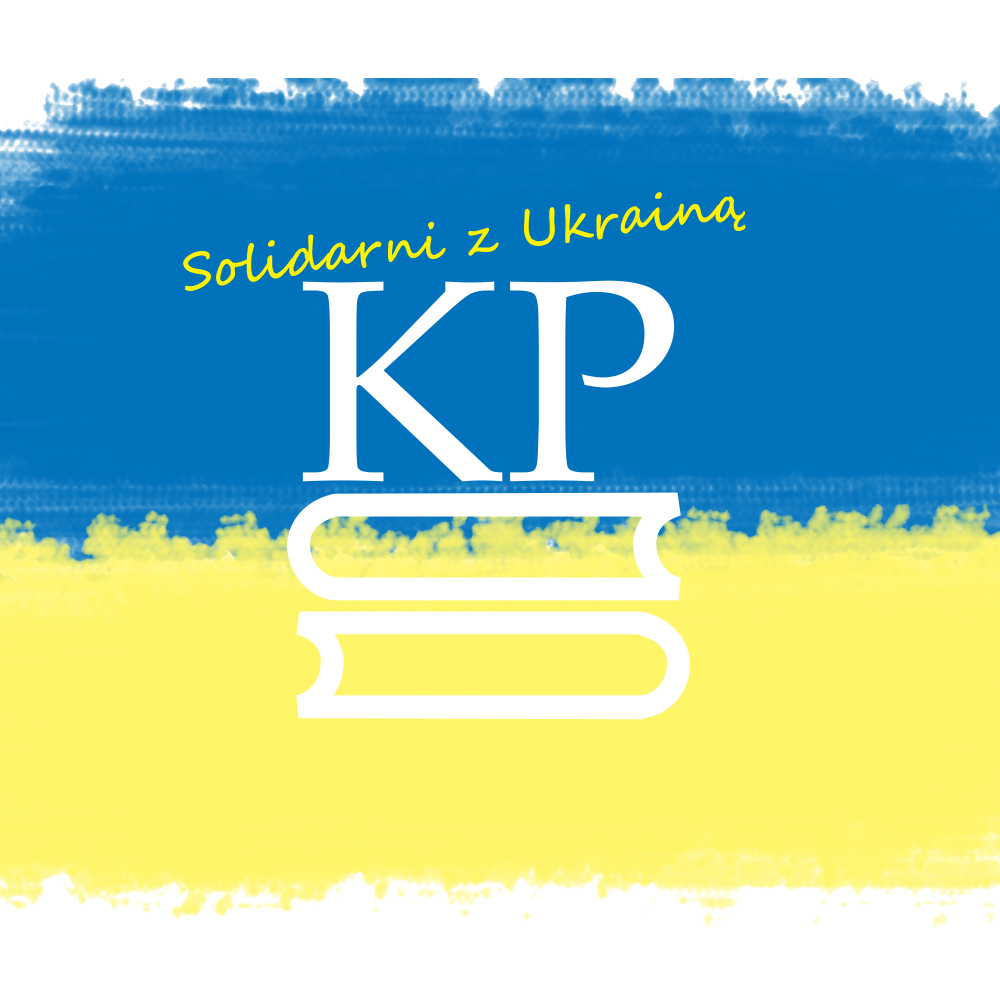 Manuscript collection consists of about 3 200 items, among them post-war acquisitions and old resource manuscripts taken over in 1945 from the former Stadtbücherei.
The oldest manuscripts originate from the collections of former church and school libraries, Szczecin societies and institutions. Among them the most valuable items include late-medieval codes, diplomas issued by Pomeranian Dukes office, register of students of Szczecin Duke's Teachers’ College (szczecińskie Pedagogium Książęce) maintained from the 17th to the 19th century, and the Pomeranian Biographical Archive, dating back to 1918, containing photographs and materials about eminent figures of the town and the region. It includes archives of such figures as Johann Georg Karl Lange, Hans Kugler, Carl Ludwig Schleich, Carl August and Heinrich Dohrn. Creative archives of Szczecin writers and significant painters constitute the most numerous post-war acquisitions. The beginnings of Szczecin literary life are illustrated by some of the archives of Maria Kurecka, Witold Wirpsza and the first president of Szczecin, Piotr Zaremba.

Contemporary cimelia comprise a set of letters written by Stanisław I. Witkiewicz to his wife from 1923-1939, the archive of Jadwiga Witkiewicz, and a rich archive of Xawery Dunikowski - an artist, sculptor.

Iconographic Collection contains pictures, drawings, and graphics, exlibris of private persons, libraries, and bookshops and also some occasional ones from the area of West Pomerania. Furthermore, it incorporates contemporary and historic postcards from West Pomerania, including patriotic and occasional ones; posters – a collection of information and artistic values recording, inter alia, the cultural life of Szczecin; historical and contemporary photographs, as well as artistic and documentary ones, bibliophilic editions, medals and sculptures.

Cartography collection includes items related to cartography and ecology, geography and related sciences, tourism and sightseeing in Poland and in the world.
A collection of the pre-war city library “Stettiner Stadtbücherei”, which incorporated atlases, maps, plans and panoramas of the Pomeranian towns, especially of Szczecin, served as a start of the cartographic library.
The most valuable items of the collection include an atlas published by an Amsterdam publishing house of Wilhelm and Johann Blaeu (1642-1647), containing maps of Europe, a map of Pomerania and Rugia created by Lubinus, and two 18th century atlases containing copperplate maps. “A Children’s Atlas” featuring 24 colour maps published in 1772 also deserves a mention – it was the first atlas published in Poland in the vernacular. Old plans and panoramas of Szczecin illustrate the town’s development from the 16th century to our times (among them “Alten Stettin” from approximately 1590 by G. Bruin, a copperplate of E. Dahlberg from 1659).

The Pomeranian Library has over 30 thousand old prints dating back to the 15th – 18th century. Book collection includes material in all fields of knowledge of the time, including philosophy, medicine, geography, general history and history of literature. We have a wide range of literature on law, Protestant and Catholic theology. A collection of ancient literature in translations and  reworks is of sizeable volume.

Incunabula, numbering 48 titles (38 volumes), are one of the most precious collections in our Library. A majority of them are of the Pomeranian provenance. They come from the capitular library of the cathedral in Kamień Pomorski and St Mary's Church in Stargard Szczeciński. From an artistic point of view, the most beautiful incunabulum is the work of St Bonawentura “Opuscula” (Strasburg 1489), ornamented with a coloured wood engraving featuring the author’s image. The work „Sermones” of Mikołaj of Błonie is the only Polish material (Strasburg 1495).

A collection of Polish materials contains over 2 200 volumes. It includes both prints published in the area of the State of Poland and Polish materials published abroad. The most interesting are: the second edition of Nicolaus Copernicus’s work “De revolutionibus orbium coelestium” (Bazylea 1566), astronomy works of Johannes Hevelius, “Selenographia” and “Machina coelestis” (Gdańsk 1673, 1679). Also Arian prints, among them “Catechismus” (Raków 1612) are worthy of a special notice.

A collection of Pomerania-related materialsnumbersover 4 thousand volumes. It integrates works published in the area within the historical borders of West Pomerania, and those related to Pomerania. The most valuable of them come from a ducal library in Szczecin and the capitular library in Kamień Pomorski (“Missale Caminense”, Nuremberg 1506). The most numerous group of Pomerania-related matrerials comprises decrees issued by the Pomeranian Duchy authorities, occasional literature, dissertations of professors and students of Szczecin College. Historiographic literature created in the 17th and the 18th centuries has to this day served as a fundamental source of knowledge for research on the past of Pomerania. Especially worth mentioning are “Genealogy... Pomeraniae Ducum” by Andreas Hildebrandt, Szczecin 1622, “Das Grosse Pommrische Kirchen Chronicon” by Daniel Cramer (Szczecin 1628), “Sechs Bücher vom Alten Pommerlande” by Johann Micraelius (Szczecin-Lipsk 1723) and “Topographia Electoratus Brandenburgici et Ducatus Pomeraniae”, (Frankfurt a. M. 1652) by Martin Zeiller, including numerous figures of the Pomeranian towns.

Music collections contain music scores, audiotapes, analogue records, including antique high-speed ones, CDs, music manuscripts, secondary music materials (lithographic prints, photocopies). The most valuable collections are rare and first editions from the 18th and the 19th centuries, among them  ones by W. A. Mozart, L. v. Beethoven, F. Schubert, R . Schumann, F. Liszt, F. Chopin, and especially by a Szczecin composer - C. Loewe. Pomeranica collection includes manuscripts, books and scores of Szczecin composers, both past and contemporary ones.

The idea to collect books concerning Buddhism and Far East cultures in the Pomeranian Library arose in 2000 in connection to the visit of the 14th Dalai Lama of Tibet Tenzin Gyatso. This is when the international project The Buddhist Book Project Poland was called into being.

Since August 2001, the project has been under the personal patronage of the Dalai Lama. Thanks to the gifts and support from the publishing houses from the whole world, over 8 thousand titles have been collected so far. They are both European language publications and classical texts written in oriental languages. The publications in this collection treat of different aspects of Far East cultures.

The library of Prof. Henryk Markiewicz, aneminent Polish literature specialist, was created for almost 80 years. It numbers about 45 thousand books, magazines, and precious special collections. The library includes the rich collection of Polish and foreign works on literary studies, numerous first editions, and rare editions of books and magazines from the 19th and the first half of the 20th century. Some of the books are copies with handwritten inscriptions. Some others, bought by Prof. Markiewicz in second-hand bookstores, include provenance notes, readers’ remarks and seals of successive owners.  The collection is an extremely valuable source of materials for the Szczecin humanist community.

This unique collection is a gift of Szczecin Association of Harbin dwellers, whose members in 2004 presented the Pomeranian Library with the number of unusual documents, photographs, items, and written personal accounts of Polish Diaspora life in the Chinese town of Harbin in Manchuria. As a consequence of political changes after the Second World War, Poles were leaving China. In 1949, the group of 800 people arrived from China to Szczecin, out of whom over 500 settled in our town.

These books collected for many years are literary works of authors associated with our region. They are only available in the reading room of Manuscripts Department.

The history of Szczecin families in the 20th and 21st century

This name refers to the “Fruit of the diarist” competition organized by the Szczecin Society of Culture since 1969. The works making up the collection are the priceless source of knowledge of everyday life in the region during the immediate post war years and the present ones. They show how Szczecin dwellers found their way to this town, and provide information about private and social events. The diaries describe places that do not exist any more and places that have significantly changed. They also mention about people important to the region. So far, we have collected 700 diaries.

This is the collection of manuscripts obtained mainly by personal contacts. It is composed of documents, family albums, and photographs, in most cases from before 1939, belonging to people, who arrived to Szczecin after the change in the borders of Poland and decided to give their mementoes to the Library. The collection includes also materials concerning the social reality after 1945.

This is the collection of books inscribed by people who gained recognition both in Poland and abroad, among them such celebrities from the world of politics and culture as Cardinal Stefan Wyszyński, Dalajlama, Norman Davies, Jonathan Caroll, Richard Gere, Czesław Miłosz, William Wharton and others.

The Pomeranian Library has a rich archive of materials connected with Stanisław Ignacy Witkiewicz – Witkacy, an unusual artist, prominent playwright, prosaist, painter, photographer and philosopher. The collection incorporates unique photographs by Witkacy, his letters, drawings and pictures. The materials were presented to the Library by Maria Flukowska, who get hem from Jadwiga Witkiewicz. The jewel in the collection is the set of 1275 letters that Witkacy wrote to his wife in 1923-1939.

Over 3 thousand volumes strong library of Stefan Flukowski, a writer and poet associated with the literary group “Kwadryga”, has been made available in the Pomeranian Library since 1977. One can find here the first and most usually inscribed  editions of prosaists and poets of Poland's twenty years of independence after World War I.

A part of the private library of Zbigniew Herbert (1924-1998), an excellent poet, playwright and essayist, was turned over to the Pomeranian Library on the initiative of the poet himself in 1991. It mainly consists of Polish and foreign literature and numerous translations of Herbert’s books into various European languages. Quite a part of the collection is underground samizdat literature as well as „The Parisian Culture” („Kultura Paryska”) publications, prohibited in Poland for many years. Many copies include authors’ inscriptions addressed to the poet.

The book collection of Andrzej Kuśniewicz (1904-1993), an excellent poet and essayist, was presented to our Library in 2002. The core of the collection consists of German-speaking publications on the history of Austria, Austria-Hungary and the period of Emperor Franz Joseph I reign, which is directly associated with the subject matter taken up by Kuśniewicz in his books. The book collection includes many volumes on the history of Poland and the Second World War, as well as translations of Kuśniewicz’s prose into European languages.

The book collection of Ludmiła Marjańska (1923-2005), a poet and excellent translator of English poetry, comprises polish literature, mainly Polish poetry and translations by Marjańska. Nearly all little volumes of poetry bear inscriptions, often very warm and very personal ones. The Pomeranian Library took possession of Ludmiła Marjańska’s library in 2003 on initiative of the poet herself.